The Joy of Reunions

My 50th high school reunion has come and gone -- and it was memorable. It was, at once, joyous, poignant, instructive. 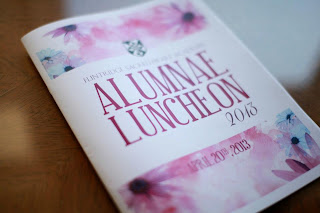 It was a celebration spanning three days -- starting with a cocktail party at our classmate Julie Smith's Pasadena, CA home and going on to an all day event at our old high school -- Flintridge Sacred Heart Academy -- atop a hill overlooking the Rose Bowl and the Los Angeles basin. We were feted by the school as "The Golden Girls" and received roses, golden diplomas and a new yearbook of sorts that featured our youthful senior portraits and descriptions, updated ones and space for our reflections on our high school experiences, favorite memories and teachers. We ended the day with a dinner at an old, familiar local steakhouse and a few of us squeezed in a Sunday brunch before departing back to our homes and lives that stretch from Maine to Cabo San Lucas. 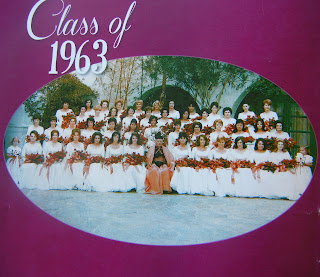 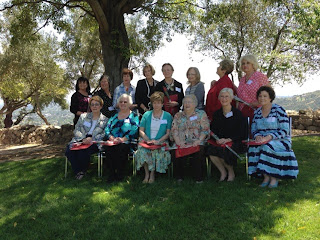 
Amidst our celebration, there were painful moments as we remembered the one classmate -- Janet Zieschang -- who has died and the classmates who chose not to attend -- including those who harbored bitter memories about the abusive behavior of one of our teachers and those who said they just couldn't face the prospect of a reunion. And we missed those who wanted to attend, but were too far away to make coming economically feasible -- including our classmates from El Salvador -- Dora Emilia Molina and Maria Teresa Lopez Harrison Barrientos -- who followed the reunion from afar via social media, Liking the resulting pictures on Facebook. All of those who weren't there -- those who chose not to come and those who couldn't -- were very much missed.

There were the wistful, nostalgic moments.

Being in a wonderfully familiar place made the march of time suddenly more significant. There were only minor changes in some of the school's decor, but major advances in the academic curriculum. We looked at the very dated pictures of our tenure at the school and then at the bright and incredibly short uniforms of current students, all of whom looked impossibly young and beautiful. 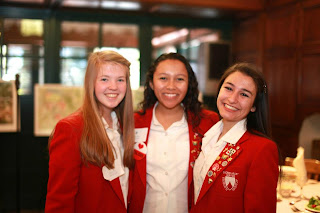 Current Students: were we ever so young and beautiful? 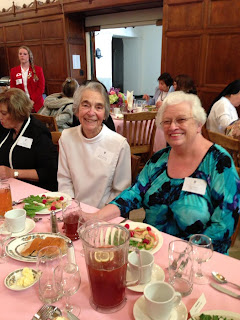 Sister Ramona next to me at reunion lunch


Sitting in the dining room where the boarders ate their meals (and where I, a famously freeloading day student, dined often back in the day) seemed like a step back in time. And yet, it is a very different time now. Most of the students now are day students. There were some familiar, beloved faces at the dining tables. But we were strangers to the young, who listened to our stories and took pictures for us and served us lunch with admirable patience and grace. And I thought about how we had done the same, sure that we would never be as old and gray-haired and sloppily nostalgic as those alums -- and now, here we were.

Only one of our teachers was alive and present -- Sister Ramona, whose first year of teaching high school was our senior year. She was my favorite teacher and a favorite of many other students through the years. But there were some others -- Sister Gerald, Sister de Fatima, Sister Mary Joseph, Sister Benigna -- who live only in memory and in the difference they made in so many of our lives.

There were moments that were instructive -- those of us who carried extra weight had suffered somewhat more with aging than those who kept their lithe figures. And yet, there was no criticism, no judgments. Those in better shape reached out to help those who struggled with steps or with prolonged standing.

And there were the moments of pure joy and shared happiness.

There was joy in finding that superficial differences fall away with time and that the rich essence of another survives, made even more marvelous with time and life experience. We were no longer divided and classified. Those of us who tended to be more academic as adolescents mingled easily with the jocks, the cheerleaders, the alienated and the socials. True, we were still quite different in some ways. Some were grandmothers, even great-grandmothers. Some were childless women who had focused on a variety of careers. Some of us were feminists and some more traditional. Some were religious and some not. Our differences, both past and present, didn't matter. We were simply thrilled to see each other. 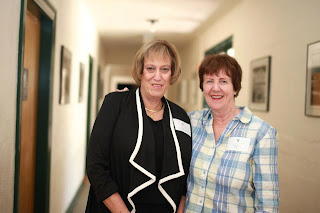 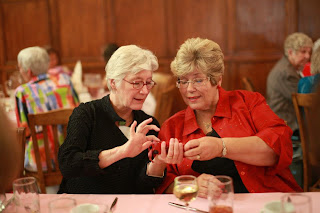 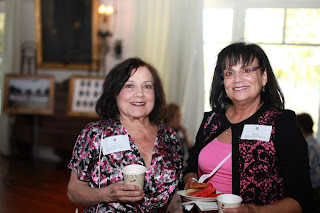 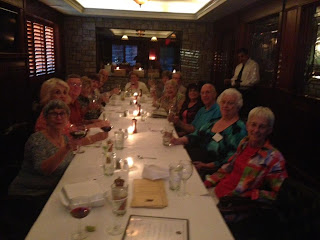 A dinner celebration to conclude the joyous reunion

There was the warmth of reconnection. In some cases, I was reunited with some marvelous women who were my classmates from kindergarten through high school: Pat Hill, Toni Park and Sheryl Nadler. The rest had been friends through adolescent angst and high points. And each time a classmate appeared, it was new cause for celebration. My former classmate Doreen Gardner was a bit late to the golden diploma ceremony but in time to hear her name called. When she walked up and took her place beside me, we looked at each other and embraced warmly, like dear old friends.

Although we always liked each other, Doreen and I had little in common when we were teenagers. She was so cute, with perfect hair and a bubbly personality and was a cheerleader. I was none of the above. But she told me once, I think, at our fifth or our tenth reunion, that she had always envied me because people took me seriously. And I was stunned -- and pleased -- understanding better how insecure we all were way back then despite perfect hair and cuteness and bright futures ahead.

There was reassurance that the goodness of others can survive decades of life experience. Julie Smith was still incredibly kind and funny. Sheryl Nadler's sense of fun and emotional generosity hadn't wavered through the years. Toni Park's eyes still sparkled with warmth and joy. Joan Palmer and Sue Adams, classmates who left to attend other schools before we graduated, were back and still so dear and insightful and fun. And Pennie Eiben, so diligent and so quietly thoughtful and reassuring in her teens and in her young old age, was responsible for getting us all together once again -- devoting herself to contacting our class and urging us to attend for the past three years.

There was the pleasure of remembering ....and being remembered. Mary Mullins smiled when she first saw me at the Friday cocktail party. "I'll never forget your playing King Herod in the Christmas play!" she said, embracing me.

I was momentarily stunned. How many people in my present daily life could imagine me with a paste-on beard (which made my father queasy), flowing robes and brandishing a wicked looking rubber dagger while yelling "Not if he were my own son! I did it to three of them. I would do it to three more! The child must die!!" King Herod, by the way, was the much coveted starring role in our traditional Christmas play. Mary and Joseph were mere non-speaking walk-ons. And my friend Eileen Adams, with whom I have had some fun "dueling Herods" sessions over drinks and nachos, played Herod the year after I graduated. She laughed with us as Mary and I remembered.

There were unexpected reminders of a time past. Cheryl Jensen, always so smart and so committed to her faith both then and now, surprised me with the question "Have you kept your faith?" I found myself explaining to her that my faith has changed somewhat over the years as I let go of Catholicism and embraced a more eclectic spirituality, but that the ethical lessons from long ago are very much a part of the person I've grown to be. And I reflected for quite some time on the fact that no one had asked me such a question for many years, nor had I felt compelled to define and explain what faith meant to me now. And I was grateful for her gentle question.

There were the insights from sharing old misconceptions. When we were in high school, I thought that my classmate Claire Griffith was too sophisticated and cool to approach. I doubt that we said two words to each other in school. I had no idea that she was really struggling to adjust to boarding school life and by her own admission "was not a happy camper." She thought I was a "super religious brainiac" when I was really shy and seeking comfort and peace through a painful adolescence. And now we were standing in our classmate Julie Smith's kitchen dishing and laughing and thoroughly enjoying each other. I was struck by Claire's gentle kindness, amazing resilience and great sense of humor. She was struck by my irreverence and earthiness. And I was filled with gratitude at this chance to know her in a whole new way. There were the people who have been dear friends of mine through all these years -- Eileen Adams, Pat Hill and Sister Ramona -- who made this celebration extra special for me just by being there. (Sister Ramona was also present to be honored as an all-time distinguished alum -- class of 1952 -- for quite literally saving our school when it hit rock bottom financially around 1970. Sister Celeste, the current principal, said none of us would be experiencing this wonderful day were it not for Sister Ramona's hard work, inspiration and ability to turn the school around both academically and financially. I was filled with happiness hearing the words of praise for this very special woman.) And there were those with whom I was thrilled to reconnect, those with whom I want to maintain a warm connection once again.

And there was an awareness of time. While it's quite possible that some of us will never have the opportunity to see each other again, we wished for future reconnections -- to stay in touch, to plan another reunion in a year or two arranged by Claire in Cabo San Lucas, hoping that our numerous south of the border classmates would be able to attend.

I hope it happens. I hope we all do see each other again.

But even if we don't, this wonderful celebration will linger as a golden memory, keeping a group of kind, smart, feisty and funny women very close to my heart.