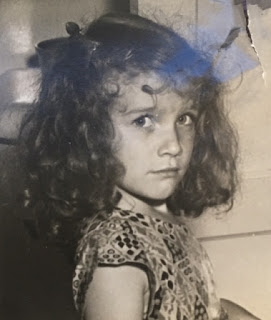 I was a frightened young girl -- dreaming of escaping my childhood home and the dysfunction within -- when I first thought about writing a memoir about my crazy family.

Starting when I was six, I would write stories scrawled in my father's discarded day planners, usually tales of happy orphans making their way in the world. I begged my father to tell me stories of his own childhood because I was determined to write a book about him. In his better moments, he laughed and complied with some stories that were fun and some that were harrowing: about his early life in Arizona in the arms of his loving Navajo nanny, about his mother's abuse and his father's kindness, his traumatic discovery of his father's untimely death nearly a year after he had died (his mother claimed he was on a business trip) and then his adventures as a child actor in silent films and in vaudeville as he struggled to support the family from the time he was nine years old.

By the time I was sixteen, I even had a title in mind for my memoir: "The Crocodiles Will Arrive Later."

The inspiration for that came from two different sources. My father, who suffered from schizophrenia and alcoholism, called his depressions and delusions "crocodiles", envisioning them stalking and devouring him in an endless cycle of fear and hopelessness.

At his best, Father was charming, fun and loving. At his worst, he was abusive and threatened our lives on a daily basis. My brother Mike, sister Tai and I never knew which Father we would find when we walked in the door. And we feared that even if Father didn't manage to kill us during one of his rages, the crocodiles of his mental illness might consume us, too, as they had not only our father but also his mother before him. Mentally ill and alcoholic, she died when our father and his sister, our beloved Aunt Molly, were in their teens, leaving them orphaned.

But they put themselves through UCLA and did well: Father became an Army Air Force pilot and test pilot and Vice President of Engineering for national aerospace company. Aunt Molly became an award-winning poet,  television writer and a civilian speechwriter for the Strategic Air Command. Our mother was a registered nurse who became a pioneer flight attendant for American Airlines from 1935-1943 (a time when flight attendants had to be RN's and no taller than 5'4"). She did a lot of PR appearances for American, including hosting First Lady Eleanor Roosevelt on a tour of airline facilities in Los Angeles.

But though Aunt Molly continued to thrive throughout her life, my parents lived lives of not so quiet desperation that became worse -- sometimes horrifying -- as the years went on.

My Parents in Better Days 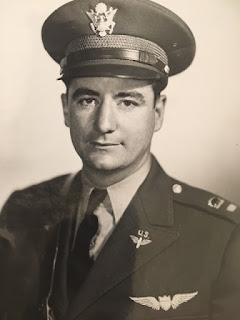 As a World War II Pilot 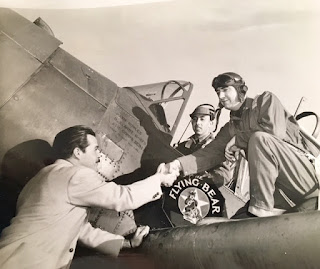 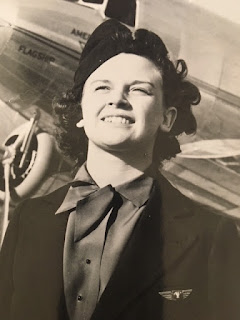 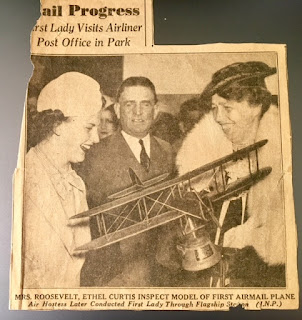 I was determined to write about our lives -- and how love and fear,   deep pain and laughter could co-exist and how learning to laugh between the pain could soothe one's soul. I was always thinking and dreaming of writing that memoir.

I discovered the exact title for it when I was sixteen. It was a phrase embedded in a letter to parents of students at my sister's ballet school.  The letter was discussing strategic arrival times for an upcoming recital featuring dancers from age two through six. This production was, on paper, a dance version of "Peter Pan." In reality, it was something of a fever dream: all 10 of the six year olds in my sister's ballet class played Peter Pan simultaneously. The five year olds were Wendys, the four year olds Lost Children, the three year olds Tinker Bells and the two year olds were crocodiles, tasked with holding their arms in front of them to form imaginary snouts and rocking back and forth with as much menace as they could summon in their one minute stage debut.

The instructions for the arrival times were firm: The Peter Pans would arrive at 1:30 for the 2 p.m. performance and so on in 15 minute increments until instructions for the Crocodiles. There was just a terse directive: "THE CROCODILES WILL ARRIVE LATER." The plan was to have them arrive just before their number and be picked up immediately after before any backstage mishaps occurred.

I waved the letter at Aunt Molly, my idol and mentor. "This will be the title of the book I write about our family!" I told her.

She smiled. "That's perfect," she said. "But please remember, when you write it, that as well as crocodiles, there was love and laughter."

Our Third and Best Parent 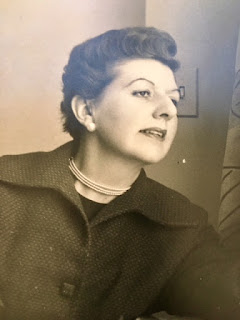 Aunt Molly, my hero and inspiration

The Three of Us 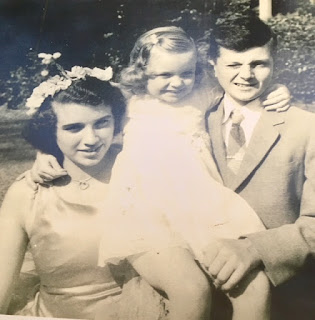 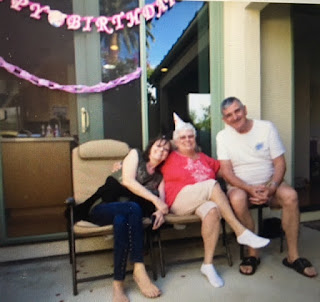 So years and decades passed and my dream was always there.  I wrote a number of other books -- self-help books for teenagers, for parents, for those suffering estrangement. Through my adventures as a journalist and author and a psychotherapist, the dream of "The Crocodiles Will Arrive Later" lived on in my imagination. But it took years to make sense of my childhood of horror and humor, cruelty and love and what came after.

My literary agent Stephany Evans wondered if a memoir would be the best use of my experiences and insights. She suggested, with good reason, that a self-help book for those suffering the aftermath of troubled and painful childhoods might be the way to go. I trust her judgement. And I'm working on the proposal for the book she suggested, looking forward with hope and enthusiasm to writing it. And if anyone reading this has experiences to share or suggestions about what must be included in such a book, I'd love to hear from you. (Feel free to contact me at drkathymccoy@gmail.com). That's my NEW dream for the future!

But in the meantime, I couldn't get that long-time dream of a memoir out of my head. My brother and sister encouraged me to write it as did a very special nun -- Sister Rita McCormack -- my brother's first grade teacher who intervened to stop our father's abuse for a time and who has been a treasured lifelong friend. My husband urged me to write it on a daily basis. Blogging friends like Jeanie Croope, Rosaria Williams, Dee Ready and Sally Wessely also urged me to give it a try after reading some autobiographical blog posts.

So I did -- at long last: The Crocodiles Will Arrive Later is being published today!

My memoir tells the story of my family's tumultuous experiences with a mentally ill, alcoholic parent and how my siblings and I fought to create new, very different lives for ourselves in adulthood. It talks about what and who helped along the way -- two courageous nun teachers who intervened at different times, our beloved Aunt Molly who brought joy and imagination to our lives and even a couple of celebrities whose kindness helped me to keep hope alive. Some places of refuge that may be familiar to some -- like St. Bede School, Flintridge Sacred Heart Academy, Northwestern University, 'TEEN Magazine and Vroman's bookstore in Pasadena-- figure prominently in my story

My long-time dream is finally reality: The Crocodiles Will Arrive Later is now on Amazon, BarnesandNoble.com, Powells.com, Walmart and Vroman's. It is available as a trade paperback or as an e-book. 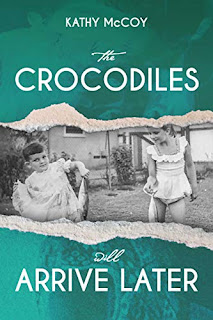 Now I'm getting busy with that new dream: to write a self-help book for those whose painful childhoods continue to haunt them in adulthood. In the meantime, I'm hoping that my memoir will give others who have grown up with fear and pain the inspiration to look back and begin to let go of what was and to imagine what might be.