A Broadway Tribute and Celebration of Life

It began as a sweet whisp of memory for Jody Proetta, who grew up as a true Broadway baby in New York City, hanging around backstage at some legendary musicals with her beloved aunt and uncle who were Broadway dancers, teachers and choreographers. Her sweetest memory of those days was when they worked with the show "Oliver!".  She was eleven years old and had the chance to build a warm and lasting friendship with a talented British teenager named David Jones, who garnered a Tony nomination and nightly standing ovations for his performance as the Artful Dodger.

He was like a kind and protective older brother who listened to her hopes and dreams and who let her tag along when he went to Central Park some afternoons to relax in the shade of a beautiful tree and read poetry. Often, they would take turns reading favorite poems to each other.

Although Broadway and New York were always dear to his heart, David became Davy and left that part of his life behind for stardom as one of television's Monkees. But he always treasured the memory of his New York days.

So did Jody. Her memories of that sweet time with her special friend became especially poignant after his death in 2012. He was widely eulogized as a top teen idol and as a Monkee. But the prodigiously talented Broadway star and the gentle soul who helped at least one little girl feel so special seemed lost forever.

And so she began to plan an event that would celebrate Davy Jones as family, friends and co-workers remembered him. She imagined a celebration of his life on Broadway at one of his favorite restaurants -- Sardi's -- and the dedication of a tree -- that special tree that had shaded them more than half a century ago -- in his honor. 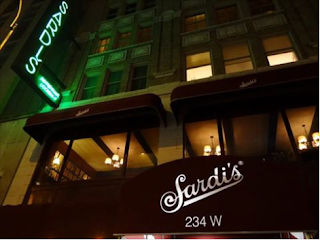 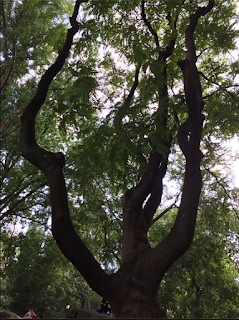 And that's how the idea began for A Tree Grows in Central Park, a Broadway Memorial for Davy Jones. It became reality last Sunday at Sardi's and then under that special tree at Central Park as a large, eclectic group gathered to pay tribute.

Speakers and performers included his friend and neighbor Cathy Whitehead, who spoke of Davy's dream to convert an abandoned church in their town of Beaverton, Pa, to a community center and museum and how she and other friends are working to make that dream happen; Buffy Ford Stewart, the "Sleepy Jean" of "Daydream Believer" whose husband John Stewart wrote that signature song for him; singer-songwriter Chris Pick, who wrote and performed a beautiful song in his memory; Fred Velez, a writer who became a friend as he helped Davy with one of his books and who has written a book of his own "A Little Bit Me, A Little Bit You: The Monkees From a Fan's Perspective"; actress Valerie Kairys Venet, a frequent guest star on the Monkees; singer David Alexander who performed with Davy from time to time as his own busy career allowed and who remembered him as a singularly dear soul. The Monkees tribute band the Monkeephiles added to the festivities. 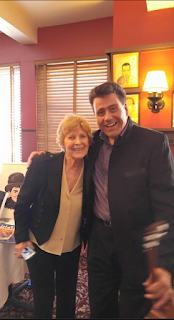 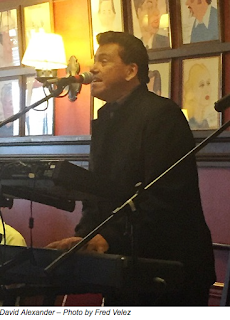 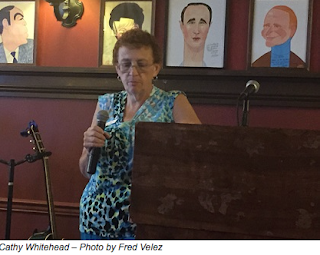 Friend and neighbor Cathy Whitehead shares her memories and plans 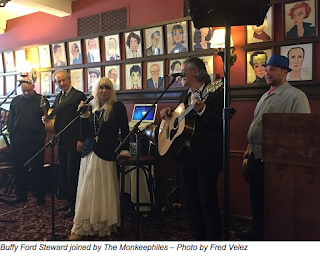 And I was included as a speaker because my first encounter with Davy Jones was during his time with "Oliver!" exactly 50 years ago, a time when he dried my tears and helped me through my very first interview as a college class assignment, an encounter I described in a blog post Dr. Kathy McCoy: Living Fully in Midlife and Beyond: Remembering Davy Jones.

When Jody and other friends spotted that blog post tribute to him as a kind young man who had helped me begin to lose my fear of interviewing, she was moved by the fact that I had seen his sweet essence during our brief time together. She called me and asked if I would come to New York to share that story with those who loved him at this special Broadway celebration. 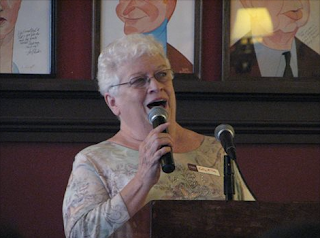 The people crowding into the private dining room at Sardi's last Sunday were not just friends but also many fans from around the world. They had come from Europe and, in surprising numbers, from Japan. It was a day of sharing, singing and celebrating at Sardi's and under his favorite tree in Central Park. 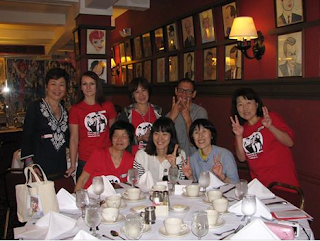 Fans from Tokyo added special joy to the day 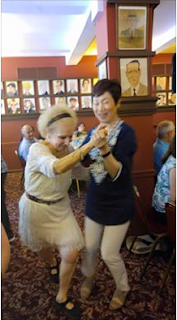 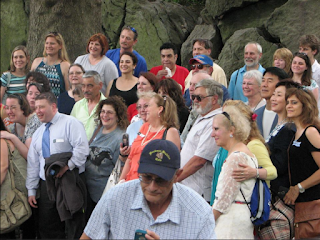 Jody and other friends at the tree dedication ceremony

The recurring theme of the various tributes, musical and otherwise, was a celebration of Davy Jones for his kindness, genuine caring, and joy in living authentically.


I ended my talk with the thought that the measure of a person's character is not how they act when the spotlight is on them or when they're rubbing elbows with the rich and famous, but how they are when no one is looking, with someone who isn't rich or powerful, but young and scared. And by that measure, Davy Jones was a very special person.

Fred Velez, who had spent many hours working with Davy and got to know his family, offered the insight that another -- perhaps the ultimate -- measure of a person's character is how their children turn out -- and that Davy Jones' four beautiful, kind and caring daughters Talia, Sarah, Jessica and Annabel are his greatest legacy. 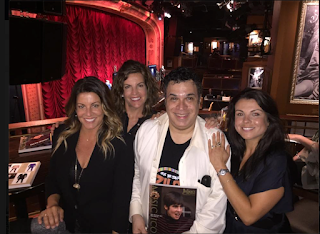 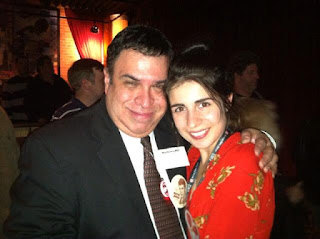 It made perfect sense. When you think about it, the professional triumphs and standing ovations and world-wide fame matter less and less as time goes by.

It's true not just for Davy Jones but for all of us as everything fades but the love we leave behind.

What matters in the end is not how much money we made or didn't or how famous we were -- or not.

What matters is how kind we were, how considerate of others, how we followed our dreams and encouraged others to do the same, how we made others feel special and cherished. What matters is what we did when no one was looking and how we taught our children to be giving and kind and make the world a better place.

And that's what got Davy Jones his last standing ovation on Sunday.