By all measures, she lived an extraordinary life.

She was a respected neuroscientist who spent ten years working in research at Yale Medical School and who established the neurophysiology department at the Royal Northshore Hospital in Sydney, Australia.

And when she found that she was being paid less than her male colleagues at Yale and that this was not negotiable, she decided to try writing to make a little extra money. Her first novel sold well and became a major motion picture. Her second novel was an international blockbuster and became the basis of the most-viewed television mini-series of all time. She went on to write 23 more well-reviewed and popular novels.

On a personal level, she overcame childhood emotional abuse to become a successful, warm and loving person, a supportive friend and mentor to several generations of writers and is survived by her loving husband of more than thirty years.

This brilliant, accomplished woman, of course, was Colleen McCullough, best known as the author of "The Thorn Birds", who died this past week at the age of 77. 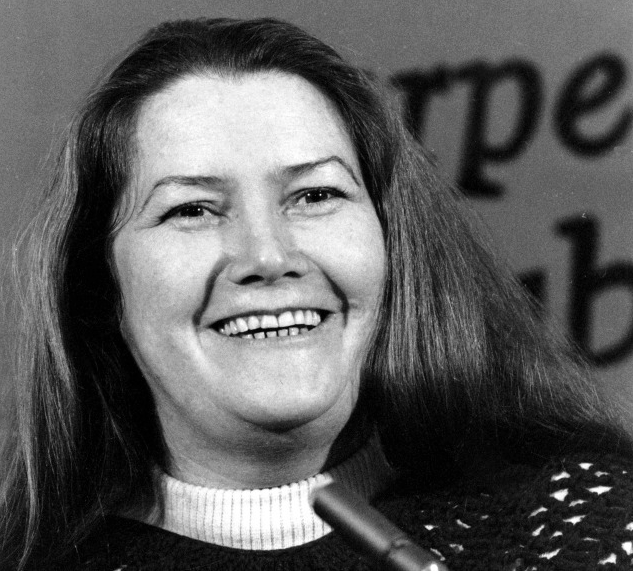 Because of her achievements, her death was international news.

What also has become international news is the first paragraph of an obituary that ran in The Australian, a national newspaper in her native land:

"Plain of feature and certainly overweight, she was, nevertheless, a woman of wit and warmth. In one interview she said "I've never been into clothes or figure and the interesting thing is I never had any trouble attracting men."

This emphasis on her looks, on her weight and on her ability to attract men, the implication that warmth and wit is something of a surprise in someone plain and overweight, has unleashed a furor as people around the world comment and tweet about society's inclination to over-emphasize how a woman looks instead what she does.

Too often, media coverage downplays real achievements and dwells on physical measurements, keeping us breathlessly up to date on curvy young women of minimal talent and scant accomplishment -- the Kardashian clan and Paris Hilton come to mind -- and sports commentators are still all too likely to mention a female athlete's looks as well as her abilities. The entertainment conglomerates' reach into the publishing world has meant that there is more pressure now on female authors to look glamorous. Those who do are on the covers or the back flap of their books. Those who don't stay invisible or get pressure to enhance their looks. Olivia Goldsmith, the author of a number of novels, including "The First Wives Club", claimed that her publisher was putting pressure on her to have a facelift, wondering if Norman Mailer or John Updike ever received such directives. She finally gave in, had the surgery and died from complications.

But times are changing,...aren't they?

More women than men are graduating from college and professional schools. We're seeing more women in the sciences, in the professions, as corporate CEOs. Help Wanted ads no longer differentiate between jobs available to men and those for women. There are world leaders who are female.  It's possible -- though not, for many reasons, a certainty -- that our next President of the United States could be a woman.

But Hillary has had her own struggles over the years both as First Lady and as a presidential candidate -- with unkind media ruminations about her pear shape and her pantsuits, about the likability factor, about whether she is too blonde or not blonde enough, and about whether she is too old (though she will be the same age in 2016 that Ronald Reagan was in 1980).

One would think that in death, when someone writes about a well-known person's life, that the person's accomplishments would be highlighted and looks irrelevant. That's how it is for males. But females, even in death, are too often seen through the prism of lookism and, in some instances, their fit with the stereotypical female role.

That was evident two years ago in obituaries for rocket scientist Yvonne Brill who, among many other professional accomplishments, invented a propulsion system to help keep communications satellites in orbit. She is believed to have been the only female rocket scientist in the 1940's when she worked on the first designs for an American satellite. In the 1980's, she developed the rocket engine for NASA's space shuttle. She won a number of awards, including the National Medal of Technology and Innovation, presented to her by President Obama in 2011.

Would a male rocket scientist ever be described similarly?

This isn't to say that a balanced life, well-raised children, a solid marriage and culinary skills aren't important. At the end of one's life, perhaps these are the things that matter most. Had she been able to read these accounts in advance, Yvonne Brill might have approved, valuing herself as a loving wife and mother first and foremost. She certainly would have been delighted to read her son's description of her as "the world's best mom".

But still, when a high achiever's life is summarized in the media, why is it that women are viewed so differently? And why does it sound so funny to hear a man described in the same way?

One encouraging sign that times are, indeed, changing have been the male voices joining the international outrage over Colleen McCullough's obituary, wondering why her brilliant mind rather than her ample body couldn't be emphasized and riffing on obituary leads for male historic figures who weren't handsome like William Shakespeare ("Though thin of nose and definitely balding....") or Winston Churchill ("He was a bit of a fat, ugly bloke but nevertheless did quite well for himself...") and wondering why we never expected Jonas Salk to look like Brad Pitt.

It's possible that Colleen McCullough, whose sense of humor was both earthy and expansive, might be amused by all the furor. She might well include her physical traits in a light-hearted self description. 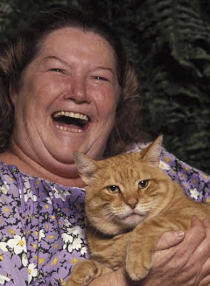 But it's one thing when she herself would allude casually and humorously to her physical being and quite another when someone else makes her appearance the definitive thing about her.

It all goes to show that, while women have come a long way in the past 50 years or so, we still have a way to go.