The thought came to me in the middle of a Barnes and Noble signing session for my book "Purr Therapy" recently: this time around is so different from the first time. Purr Therapy is my 15th book. My first "The Teenage Body Book" was published with a fair amount of hoopla in 1979.

How different it was back then. I took the good reviews, the awards, the television appearances as my due, as a stepping stone to greater success and, I hoped, to greater happiness as well. I saw this as a natural progression from my hard work with a bit of luck thrown in.

When such blessings come later in life, it's different. You're more in the moment. You savor these good times, perhaps greeting good fortune with surprise and, most important, in context with the other priorities and blessings in your life.

My current activities on behalf of Purr Therapy -- which have kept me away from blog writing and reading most of the past two months -- have underscored the differences of this latest blessing.

At my first Barnes and Noble signing, at the Valencia, CA store a few weeks ago, what made the day most memorable was not simply the fact that people showed up and bought my book. What mattered most, as I thought about it afterwards, was that two of the people whom I had known in the past and who represented some unresolved feelings in my life showed up so unexpectedly.

The first person I saw when I walked into the store was my former next door neighbor Lydie. We had had a cordial enough relationship as neighbors, yet sometimes I felt a barrier of quiet disapproval on her part as she watched me working long hours and spending very little time at home. But she was smiling now and gave me a warm hug. We talked about missing each other and about our shared love of cats. And I began to think that the disapproval I had sensed from her may actually have come from me  -- and my sadness and guilt that I had very little free time to enjoy my family and leisure in our former home. It was a revelation in the glow of Lydie's warm welcome. 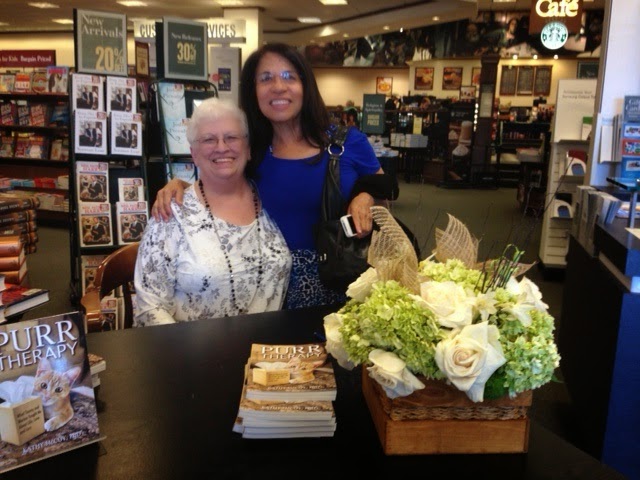 My former boss Nora and me at Barnes and Noble signing

As we talked, I felt another arm around me and was stunned to see Nora, my former boss from UCLA Medical Center, who lives in Malibu and had driven a long way through what I knew was horrendous traffic, to attend this event. I hadn't been in touch with her lately. I didn't even know how she found out I would be there. But what mattered was that she was there. In recent years, I had found myself pulling away a bit from reminders of my five years working at UCLA  - grateful for the benefits, pained by the hardships -- and I hadn't kept in touch. But somehow she knew...and showed up. And I was genuinely happy to see her,  to remember and appreciate the good times we shared.

At the second signing, at the same Barnes and Noble store five days later, I was once again happy to discuss my book and watch the brisk sales continue, but what warmed my heart most was seeing two very special people: Ryan and Chloe.  Ryan, our friend and "surrogate son" since he was nine years old and Bob's third and most beloved Little Brother in the Big Brothers program, is now a 31-year-old psychotherapist. He has grown up to be a loving, compassionate man with a lively sense of humor. He was entering graduate school about the time I was closing my private practice. I gave him a lot of my psychology books as well as the couch from my office. My ending was his beginning. And it felt so good to hug him, to rejoice in his success and to share the happiness of this book with him. 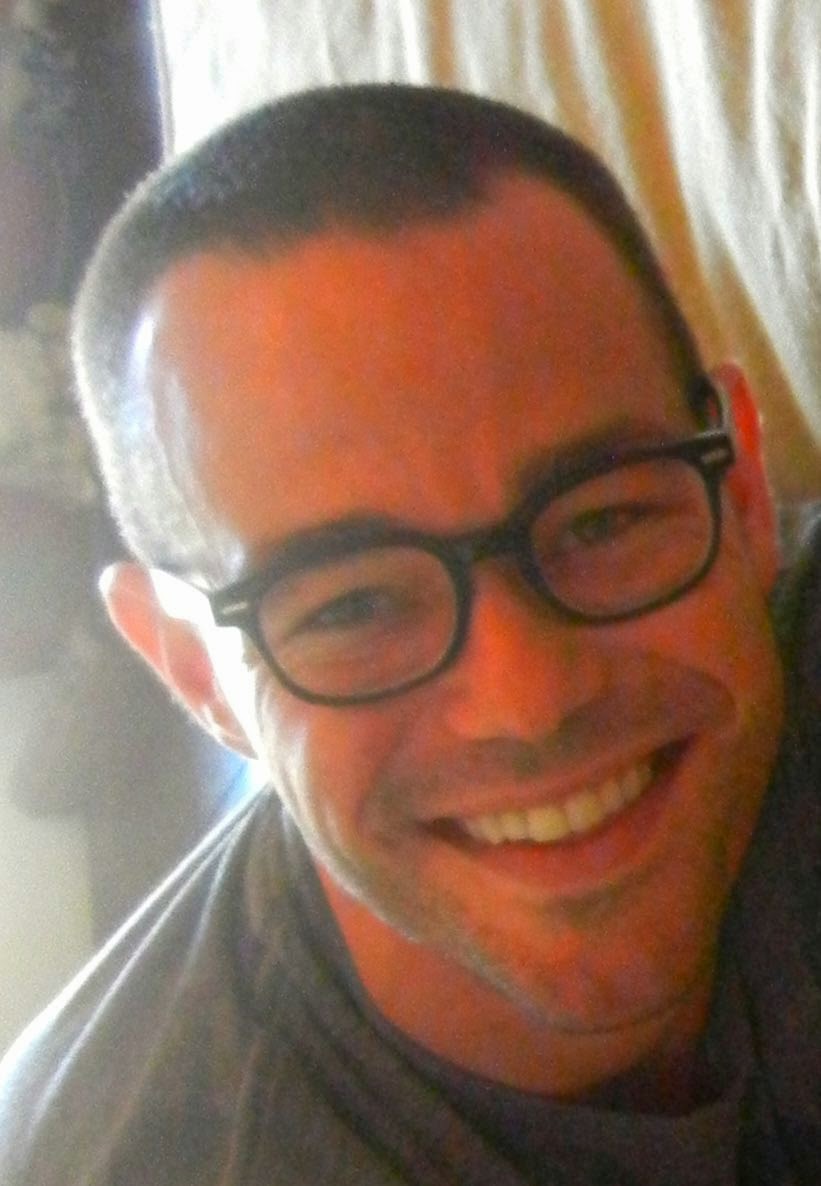 Ryan, from Little Brother to psychotherapist 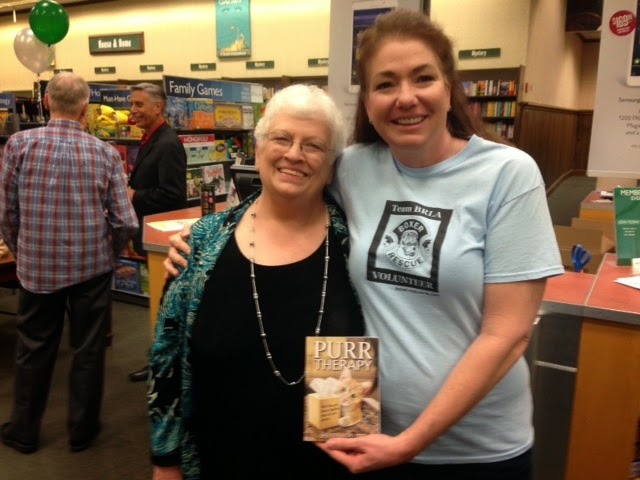 Former patient "Chloe" and me at another Barnes and Noble signing

Chloe, which is the pseudonym she chose to be called in Purr Therapy, is my longest term patient. I worked with her for nearly ten years, through devastating losses in her life and hopeful new beginnings. And I learned so much about courage and resilience and the power of faith from her as we worked together. To meet her again, after nearly five years, was a special joy. Seeing her with her husband and son, knowing how far she had traveled from those early times of grief and despair after her first husband's death, truly made my day. The festivities around my book were simply a bonus.

There have been lovely reviews and blog posts -- some from special blogging friends Dee Ready and Jeanie Croope -- which I've appreciated more than they may ever realize.

And, in the past few weeks, there have been loving communications from family members. My brother Mike, frantically busy with his career and young family in Bangkok, nonetheless finds time to track and celebrate Purr Therapy's best moments in highly variable Amazon rankings. My cousin Caron recently wrote to thank me for mentioning her and her husband Bud in the Acknowledgements: "The only thing we could have given you is love. Bud and I love both you and Bob. That's it. We love you." And my sister Tai, not generally given to effusiveness, nevertheless has called with a fervent "I'm so proud of you!" Their caring means so much this time around. It isn't the praise that so warms my spirits, but these unique and life-long relationships.

And at the annual Catoberfest event,  a celebration of cats and a fundraiser for pet rescue, I signed books with my favorite vet ever, Dr. Tracy McFarland, the Cat Doctor of Santa Clarita, to whom "Purr Therapy" is dedicated. She had rescued our beloved Timmy and Gus as tiny kittens and had taken wonderful care of all our cats over several decades. It was a joy to see her again and to celebrate the book, the cats, and the volunteers from Forgotten Angels Cat Rescue.... 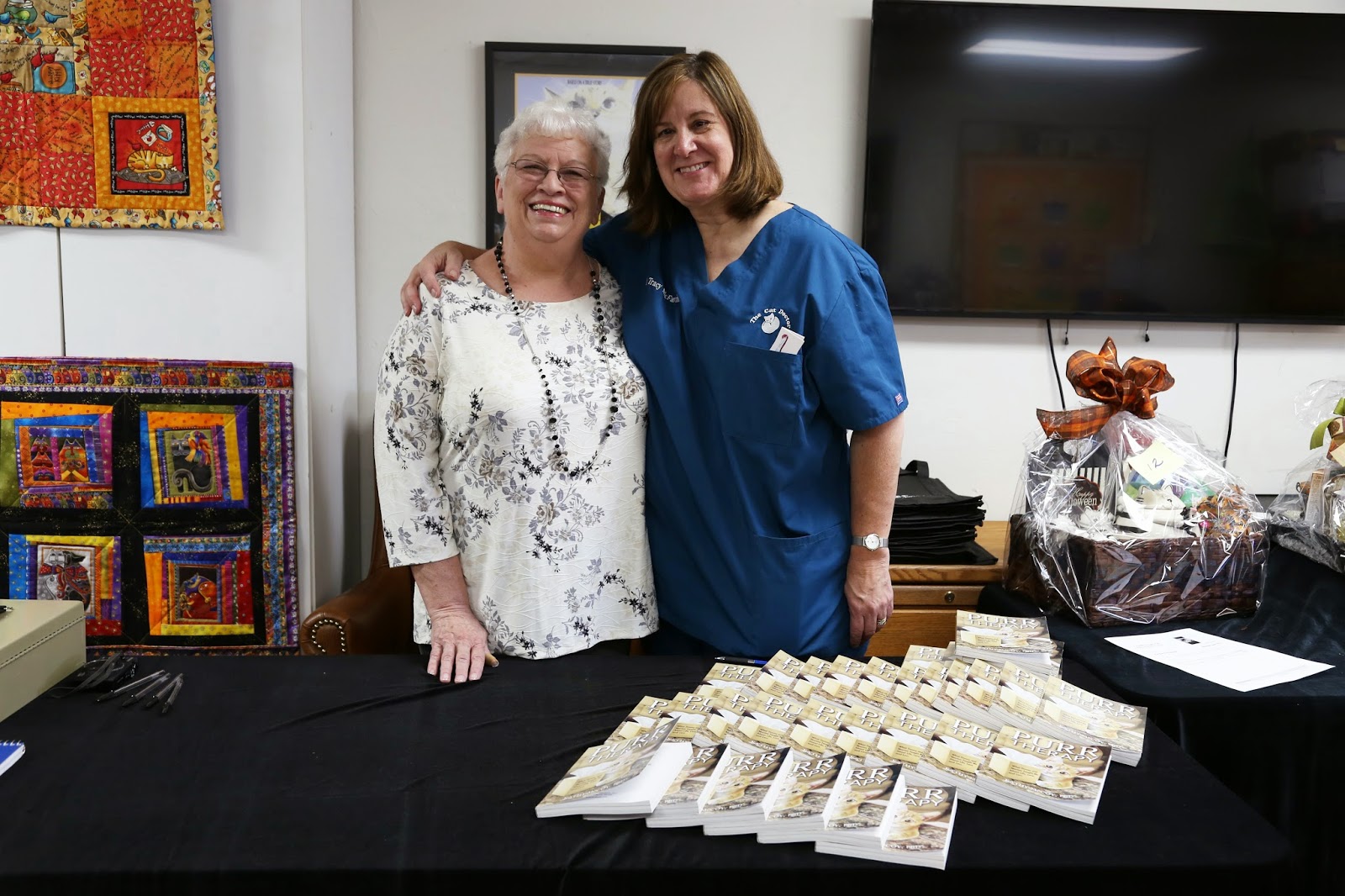 Dr. Tracy McFarland and me at Catoberfest book signing
Photo: by Rebecca I. Bolam

And there was a very special little Forgotten Angel kitten there at Catoberfest who caught my eye: a tiny, crippled, impossibly sweet little kitten who, despite interventions from volunteers, insisted on playing and lounging joyfully in his litterbox throughout the event -- all while purring loudly. His traumatic start in life and what happened since will be the subject of my next blog post. But meeting him was a lasting lesson in the ability of animals to forgive and to love us flawed humans anyway. 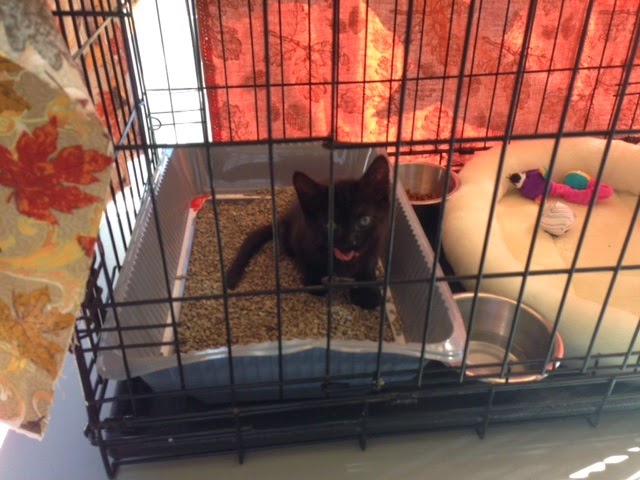 So my travels on behalf of my new book have brought unexpected blessings -- the blessings of friendships renewed, wonderful life stories unfolding and lessons in love from a frail little kitten.

Of course, I want "Purr Therapy" to do well. This book is my first memoir and it means a lot to me. I'm working hard to get the word out about it. But promoting the book at this time in my life feels less like a competition, less like professional survival, and more pure pleasure.

This time around, this bit of professional success and the attention that comes with it has felt more integrated into my life as a whole. I've been seeing the publication of this book and the publicity around it not as my due, not as a stepping stone to even greater glory but as a blessing -- and only one of many blessings in my life today. And I know now that happiness is not necessarily found in acclaim, but rather in warm hugs, in making a difference, in helping to ease the pain of another, in the love of family and friends and in cuddling a sweet kitten.