One of the most uplifting stories coming out of Sochi has been the rescue by Olympic athletes and others attending the Games of the many stray dogs hanging around Olympic venues hungry both for food and human attention. And a Russian billionaire has contributed money to make a local animal shelter possible where animals may be rescued rather than exterminated, as they were just prior to the Games.

One frequent online observation, of course, is that it's fine to rescue dogs from Russia, but that there are many wonderful animals -- dogs, cats, rabbits and others -- waiting in American shelters for people to love and cherish them and, all too often, they die waiting.

But sometimes there is a miracle, a perfect match, a chance meeting that gives a sweet animal a whole new life. And each story is an inspiration.

I thought about such miracles as I was writing my upcoming book "Purr Therapy" about the two cats -  Timmy and Marina -- that I used occasionally in psychotherapy to comfort or calm anxious patients. I found Timmy and his brother Gus (who is still a sweet and loving presence in our home) and Marina, all rescue animals, when I wasn't looking for a cat and with these very special cats came incredible joy.

The latest inspiring story, however, comes from  my friend Pat Hill, whom I have known and loved since we were in kindergarten and who still lives in our California home town of La Canada Flintridge, near Pasadena. Pat is a wonderfully active woman who will celebrate her 69th birthday on St. Patrick's Day. She frequently takes brisk walks around the Rose Bowl -- with throngs of other local residents -- and it was during one of these walks a few months ago that she had a life-changing encounter: a matted, limping Calico cat streaked out of the bushes, through the crowd of walkers and straight to Pat as if she had been waiting impatiently for her to appear.

Pat knelt down and petted her. The cat rubbed against her and purred. She was thin. She had leaves and brambles in her fur. And she looked at Pat with eyes both loving and pleading.

Pat sat back on her heels, still stroking the cat, and thought for a minute about what to do. She wasn't looking for a cat. She already had two cats -- male and female siblings from a feral litter found in a friend's carport storage area not quite six years ago years ago. But this one.... She sighed. How could she leave this one behind? She felt the ribs poking out from the matted fur. She scooped her up and headed for her car. The cat leaned against her, purring.

She quickly began to change the cat's prospects: a bath, a flea treatment, a trip to the vet's where she found that the cat was in her early teens with a non-communicable health problem. She had been a pet until, most likely, she was thrown away by an owner who couldn't afford to treat her health concerns. Or perhaps she had survived a beloved human companion and was simply left behind after her former home was emptied and sold. The sad circumstances behind a loving cat going from cherished pet to homeless will always be a mystery. But, at some point, she had ceased to matter to someone.

She began to matter immensely to Pat as medical treatment, good nutrition, the company of other well-loved (and increasingly less wary) cats and, most of all, Pat's loving care gave her hope and a whole new life.

Part of that new life is a name: Amelia Rose, the latter, of course, in honor of their meeting place at the Rose Bowl. And lovely Amelia Rose -- or AR for short -- has quickly established herself as a cherished member of the family. She is the sweetest, most affectionate cat Pat has ever known. And she is dearly loved and treasured -- for however long she may live.

It's a reminder that we sometimes meet the greatest loves of our lives -- both human and animal -- when we least expect. And taking a chance and saying "Yes" to an animal in need of a loving home isn't just good for the stray cat or dog, but may be a true blessing of love to the person who reaches out and embraces a very special little life. 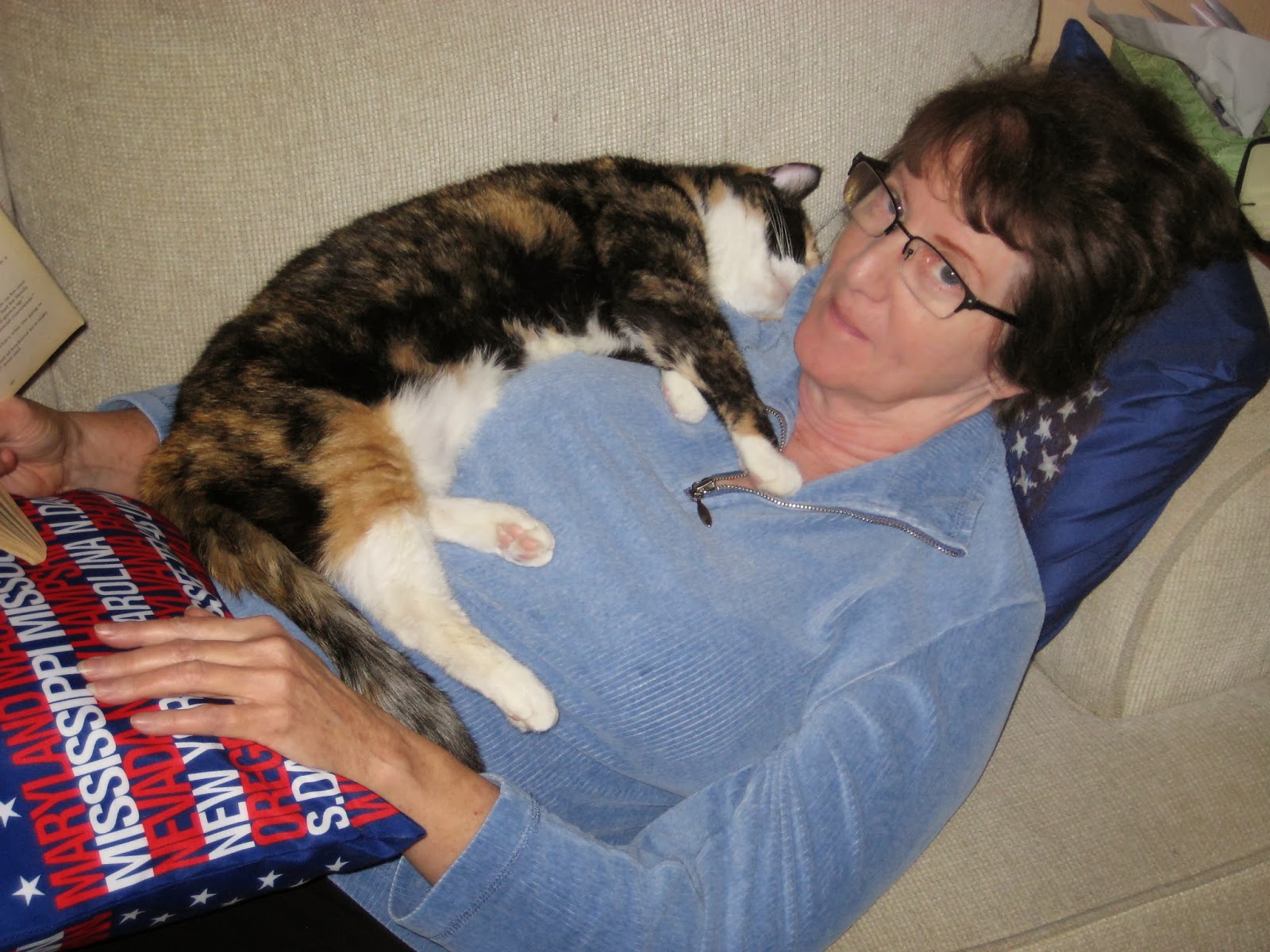